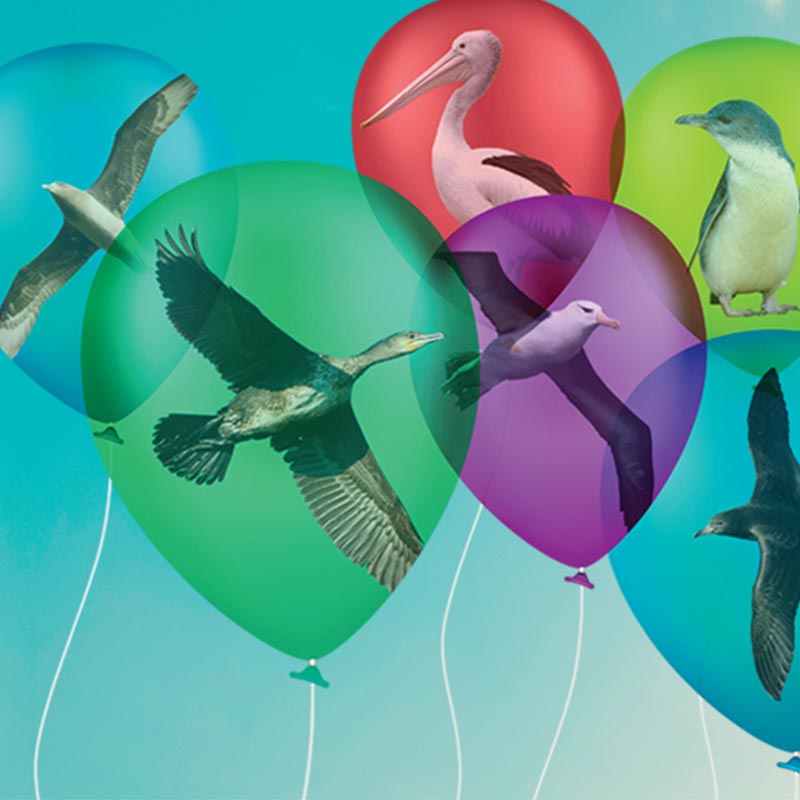 When we think of marking a special occasion we often think of using balloons. But not many people are aware of the impact that balloons (and attachments such as ribbon and plastic ties) can have when they enter the environment.

A CSIRO study found balloons are in the top three most harmful pollutants threatening marine wildlife for both entanglement and ingestion.

The impact balloon litter can have has been well documented in the Flesh-footed Shearwaters on the remote Lord Howe Island. During annual surveys of the colony, balloons and their attachments are one of the most readily identifiable items found inside the stomachs of both adults and chicks. Chicks are mistakenly fed the litter by their parents and can be left too weak to leave the nest. The decline in shearwater numbers on the island is directly linked to the ingestion of this marine debris, with a warning that many seabirds could be facing a similar fate.

Zoos Victoria and Phillip Island Nature Parks have launched “When balloons fly”, alongside researchers at Lord Howe Island, to highlight the impact of balloons on seabirds and other wildlife and call on Australians to make a switch to bubbles at their outdoor events.

You can be part of the solution. Visit zoo.org.au/balloons and join the growing list of people making a promise to make outdoor events wildlife friendly.